Not All Directors are Created Equal

Camp directors (including assistant directors, program directors and activity directors) come in all shapes and sizes. Some are very good at being administrators, and others are creative programming geniuses. Some can delegate and supervise like a military general, and others are amazing at facility operations and building a better camp space. Some can fundraise and politic their way to a great budget, and others are master of psychology focusing on the camper experience. We all have our strengths and we all have our weaknesses. We are good at a lot of things but we excel at, have a passion for, one or two areas. My greatest strength (or so I like to think) is programming. That’s what this site is all about, after all.

While I have worked at a number of resident camps, I now run a day camp on a state park island. We have no indoor space (except for restrooms) and we have to take the campers over by ferry everyday. We bring two carts with us that hold the supplies we need for that day (which is mostly craft supplies). I HAVE to have good programming in place and I HAVE to have a fantastic staff for my camp to be successful. I cannot just send campers to a ropes course or a bounce house. If my programming is not on point, my camp will FAIL.

Since taking over the camp 5 years ago our registration has grown at least 20% each and every year, and that is in the midst of some amazing day camps that offer incredible activities and facilities in the same county we are in. I don’t tell you this to impress you but to drive home the point that programming (and staffing) can make or break your camp. If you can’t outshine the competition with your facilities, than you have to do it with your programming.

My Week of Camp

If you have looked around this site a bit you might have come across the series of posts where I write about what I do at the Harry Potter camp that I run. This is a specialty camp and has nothing to do with the regular day camp I direct. When the kids come to my Harry Potter Day Camp, they are whisked away to the world of Hogwarts Americana. The activities, decorations, costumes and staff attitudes sell the experience.

While I like to think that my Harry Potter camp cannot get any better, I know that isn’t true, especially when I see a camp based off of a popular book series that goes above and beyond reasonable expectations. The Book People have done just that.

The Book People is a very popular book store in Austin Texas. Book stores aren’t exactly known for running summer camps, so I was intrigued and decided to contact Topher Bradfield, the man behind their summer camps. Topher handles all of the store’s children’s outreach in schools in addition to running a summer full of day camps based on different books. I had a chance to chat with Topher and learned some really interesting things about him and his camps.

An Idea is Born

Back in the spring of 2006, Topher did a live reading of Percy Jackson and the Olympians: The Sea of Monsters to a group of kids. After the four-hour reading he asked the kids, “Wouldn’t it be neat if Camp Half-Blood were a real place.” The kid’s eyes grew large, and they all enthusiastically agreed that it would be. With no camp experience Topher decided that he wanted to bring Camp Half-Blood to life. A few months later he did just that. He gathered some interns and like-minded people and they started working out the details for this EPIC camp.

This is No Ordinary Camp

Most of our camps are full of activities like games, archery, team-building, sports, arts and crafts, swimming, etc. Program directors put together a schedule that rotates groups through all of the camps activities and occasionally puts together a special event or all camp activity. At Camp Half-Blood in Austin, TX it’s a bit different. In November, stunt coordinators begin working on staged battles, Topher and company start writing a back story, and planning begins for the upcoming summer. Each year they create a different story, setting the campers up for different quests than they may have gone on the previous summer. The staff and volunteers try to tell a story and engage the campers, making them a part of that story. At camp they have actors, Renaissance faire participants, a hair and make-up manager, a costume designer, and more. They have a group of staff and volunteers that are committed to bringing the Percy Jackson world to life. The actors are in character from the time camp starts to the time it ends, each and everyday.

“My Friend’s Son Goes to That Camp.”

Last week I got a call from a parent wanting to register for camp. I mentioned that I was considering running additional “book-to-life” camps similar to the Harry Potter camp. She asked me if I had heard about the Camp Half-Blood program in Texas. I said that I had and heard that is was pretty cool.
“My friend’s son goes to that camp”, she said.
“Oh, do they live out there?” I asked.
“No, they live here in San Francisco. She and her husband fly out there with their son and rent a room at a residential hotel near Austin so he can attend the camp. They have been doing it for a couple of years now.”
“What?!” I exclaimed. “That must cost a fortune.”
“It does”, she said.

There’s a reason parents from out of state will register their kids, fly the family out to Texas, rent a residential hotel room, and drive their children to camp every day – because it’s that good. This is a huge testament to what Topher has built.

During the summer, Topher and his staff run Camp Half-Blood and Camp Jupiter day camps concurrently. Not familiar with these names? Camp Half-Blood is a summer camp for the children of Greek gods and their mortal mates, a.k.a. demi-gods, where they train to be monster-fighting heroes. The camp is taken from the popular Percy Jackson and the Olympians book series written by Rick Riordan. Camp Jupiter is the counterpart of Camp Half-Blood for the demi-gods with a Roman god parent. Camp Jupiter is taken from the pages of the Heroes of Olympus book series, also written by Rick Riordan. The two book series have some of the same characters even though The Heroes of Olympus series takes place soon after the Percy Jackson and The Olympians series ends. Having two similar but separate camps run concurrently and intertwine with one another, yet have different programs, is brilliant programming.

Topher has set up a camp full of incredible themed activities run by a dedicated staff that really take ownership of the program. “We are all master storytellers”, says Topher. I couldn’t agree more.

Allow me to share one of the cool activities they offer, Mythomagic. This game was introduced in the Percy Jackson series as a collectible card and figurine game. Think Dungeons and Dragons or Magic, The Gathering. It’s kind of like those games. The game is fictional and the rules are not properly explained in the book series. It’s mentioned that the campers play it, and some of the cards and their values are mentioned as well. Topher and his crew created a game board, figurines and cards, created proper rules and let campers play the game while at camp. The champion gets a figurine painted in his or her likeness to be used on the game board. How cool is that?

Visit their website and take a look at some of the other awesome activities they offer.

Heroes, Jedis and Rangers, Oh my!

While Topher and his crew focus most of their summer on Camp Half-Blood, they have also put together a couple of other insanely cool camps, Clone Wars and Ranger’s Apprentice. Here is one of their promo videos for the Clone Wars camp. If this doesn’t give the impression of extreme specialty camp programming, I don’t know what does. 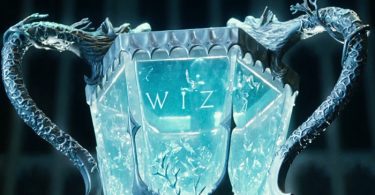 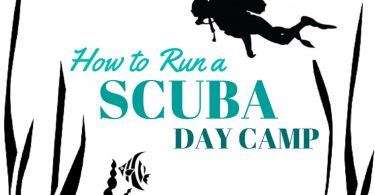 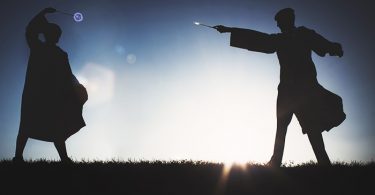 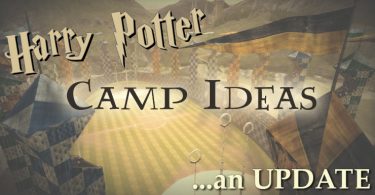