As a child living in an inner city neighborhood, I never had the opportunity to explore the outdoors. For me, the outdoors meant going to the park and playing football with my friends. Whenever we played football, I somehow always became the one player everyone wanted to tackle. So when my friend Melvin passed me the ball, I always made the mistake of catching it. Which meant I had to run for my life to avoid getting injured. Every now and then, though, he’d overthrow the ball, and I would stop running in the middle of the play just to stare at the mountains in the distance. At the time, I never knew what it was like to go camping. The idea of sleeping in the mountains and listening to the wilderness always excited me, but I never got to experience it.

Luckily, summer was soon approaching and I had done so well in school I didn’t have to attend summer session. With my mom running out of options, she managed to work a few extra hours and decided to enroll me in a summer camp called “NYSP,” to keep me busy and off the streets. I asked her what made her choose that one, and she told me her co-worker told her about it. For one, she said “it’s close, and they partner up with other camps in Arizona, Florida, New York, and Texas to make sure kids like you learn important skills that will help you in the future.”

The first day was by far the hardest. I woke up early and needed to check in by 8 am. When my mom and I arrived to the camp, there were about a hundred kids outside talking and playing. While all the kids were talking to their friends, I stayed behind lurking in the shadows. At the time, I was too scared to reach out to any of them. So to waste time, I walked around to avoid being questioned.

Before we started, each group, according to their age, was assigned a leader. The leader was responsible for making sure everything was going according to plan, and also made sure kids were interacting with one another. In other words, their job was to make sure kids like me socialized. When our leader, Demetrius, gave us a tour of the camp, I couldn’t help but notice the green field. I imagined myself playing football there and running from one end to the next. Once the tour was over, we played some games to break the silence and get everyone familiar with one another. This gave me the opportunity to open up and tell everyone around me a little about myself. When the game first started, a group of us took a step back. When Demetrius asked some of the kids what was wrong, they simply told him they weren’t comfortable talking in front of a big circle. With his guidance, however, we all gained the confidence to go in front of the group and speak.

Later that day, we had some free time. So our leader, Demetrius, gave us the opportunity to go “free play.” This simply meant we could play whatever game we wanted to. To no surprise, I decided to play football and couldn’t wait to start. When the game started, everyone on the field was surprised to see how social I was. We talked throughout each play and made jokes about each other. Although we didn’t get to finish the game, I made a lot of new potential friends. When everyone met up with each other, Demetrius had one more surprise for us. There was a van in front of us, and he asked if everyone brought overnight clothes. We all shouted yes, and that’s when he told us we were going to camp out by Big Bear Lake.

When Demetrius made the announcement, my body froze. I was excited, nervous, scared, and hesitant all at the same time. Everyone else, on the other hand, ran around screaming and jumping up and down as if they’d won the lottery.

Once we arrived to our destination, I saw some of the volunteers setting up tents for us. The sun, by then, started to go down and soon got lost throughout the mountains. I still couldn’t believe it, just the other day I was admiring the mountains, and here I was standing on it camping. As the night started winding down, the creatures came out. We heard howling noises, crickets, and even witnessed something eating in the distance. For me, this was a chance to experience life on the wild side, a chance to escape reality and get away from the noisy inner city environment. The campground was full of insects, trees, and lots of strange noises. So, rather than venturing off and exploring the wilderness in the dark, the group stayed put. Throughout the night we played games, shared personal stories, and ate lots of burgers. Around 11:00 P.M. we walked over to our tents and called it a night.

By the time morning came around, I was terrified and ready to leave. Some of the sounds the animals made throughout the night were frightening. Things were crawling on the tent, and we heard what sounded something like dogs fighting in the dense woods. Although some of us were scared, I was happy I finally got to experience what camping feels like.

So what’s the secret ingredient?

Well, there isn’t just one answer. The secret ingredient is whatever you make it. For me, it was putting myself in uncomfortable situations like talking to people I didn’t know. For others, it might be making new friends and staying in contact with them. Although we all have different experiences participating in summer camps, the one thing we all share is taking that first step. Despite being hesitant at first, the camp overall was a great experience, and I really enjoyed it. So don’t be afraid to get out there, and challenge yourself.

Thank you again for taking the time to read my article. I would like to know, how summer camps have influenced you. Or if they haven’t, why not?  I will be checking for comments, so feel free to express your thoughts on today’s article.

This is a guest post by Cody Hill. Cody is a recent graduate from Boise State University, Growing up, he loved reading and exploring the wilderness to get out of the house. These days, if Cody isn’t reading a book or an online article, you may find him watching football (go Seahawks!) or chasing his dog, Bruno, out at the park. 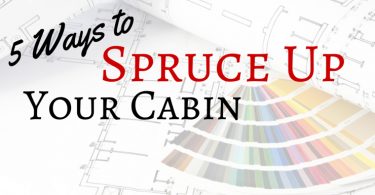 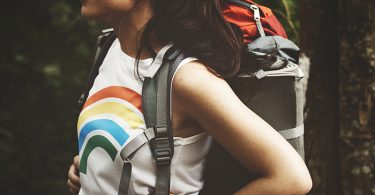 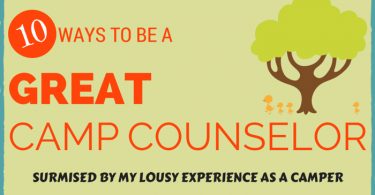 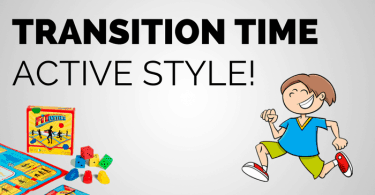 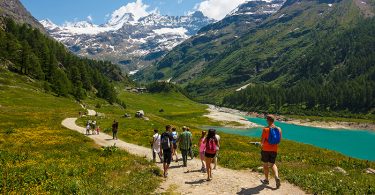