Yesterday, I wrote about five tactics I use as a supervisor. In this second part I’ve got five more.

Let’s jump right into it.

Encouraging campers is a big part of being a camp counselor. Campers are always trying new things (ropes course, rock climbing, sailing, craft projects, acting, competing, etc.) and they can often use encouragement.

Campers aren’t the only ones who need and want encouragement. This may be the first time some of your staff have ever worked with kids. In fact, it may be their first job ever. Working as a camp counselor can be scary. Be there for them and encourage them whether they seem to need or not.

Listen to Their Ideas

It doesn’t happen every day but campers do have ideas that they want to share. For example, they may have ideas for a skit, ideas on what to do during downtime, and sometimes even ideas on improving camp. A good counselor won’t dismiss their campers’ ideas out of hand. They’ll listen to them and give their ideas some serious thought. Then they’ll use them or explain to the camper why it wouldn’t work.

I have witnessed counselors sharing some amazing ideas in staff meetings that were never even considered by the leadership. Few things will destroy staff morale quicker than the feeling of not being heard. You may not agree with all the ideas you get from staff, but if you listen to them and give their suggestions serious consideration, you’ll show your staff that you value their input. For any ideas that you can’t or won’t use, let your staff know that you appreciate their suggestions and why you have made your decision not to use their idea(s). If you speak with gratitude and logic, they will respect your decision.

I worked with this one female camp counselor who would give stickers to her campers when they did something good without being asked, like picking up trash. One day she was on break and she passed right by a paper cup without picking it up and dropping it into the trash can that was five feet from her. Her campers were at the craft shack at the time, and they all saw her. When she went to pick them up, they asked her about it and she shrugged it off like it was no big deal. From then on the campers in her cabin stopped doing little extra things for stickers.

When someone is rewarding a behavior they feel is below them, in this case picking up trash, then the rewards lose their value.

On the flip side I worked for a director who would pick up trash, clean toilets and do all the “chores” that one might consider to be someone else’s job, for the betterment of camp. He walked the talk and it inspired the rest of the staff to do the same. After all, if he was willing to do the dirty work, then so were we.

One of the first things a camp does after the kids arrive is to go over the rules and expectations. A counselor should do this as well after they are assigned their group. You want to let them know what is expected as far as their general behavior, cabin duties (if you’re at a resident camp), respect for you, fellow campers, other staff, camp facilities and the environment, personal hygiene and more.

Personally, I like to lay out my expectations during interviews so potential staff understand what they are getting themselves into and understand who they will be working for, and again during staff training.

Few things put another person at ease like a smile. It’s camp, so smiling a lot is usually pretty easy, but even when you’re having a rough day, it’s important that you smile at others.

Counselors don’t usually have a difficult time with this one. Supervisors, on the other hand, can find themselves lost in thought, putting out fires, keeping everyone on schedule, facility issues, budget constraints, dealing with serious behavioral issues and more, so smiling at others might be the last thing they think of to do. However, when you’re a counselor or activity instructor (or cook or dishwasher or maintenance or…) a smile from the director means everything is good and you are doing a fine job. That can mean all the difference to your staff.

There you have it, my 10 tactics for supervising camp staff. Do you agree with these or not? Do you have other tactics that you use? 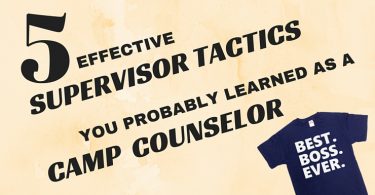 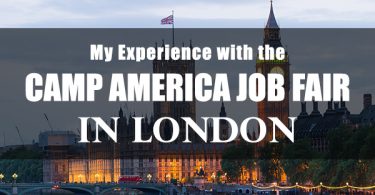 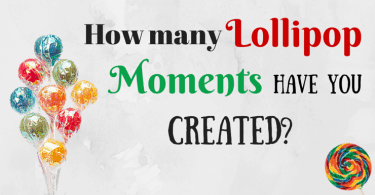 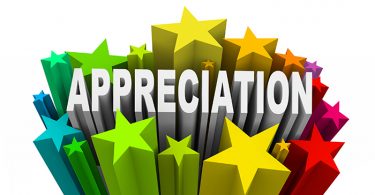 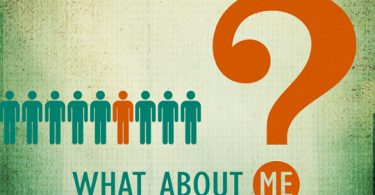