This is part 2 of a 5 part series of virtual camp ideas. Be sure to check out the others in the series.

Think of an object. Let your players know what category it falls under – animal, mineral or vegetable. Players each take a turn asking a question. After 20 questions are asked players write their guesses in the chat.

One of the best times at camp is just sitting around talking with the campers in your group. Divide your virtual campers into groups of 6-10. If using Zoom have the groups go to their own breakout room. In there, have the counselors hold small group discussions. This can be anything from favorite movies to Would You Rather questions to how they are feeling about the world right now.

There are a number of ways to hold a photo scavenger hunt. Here are two of my favorite for a virtual camp activity.

1. The List – Give your virtual campers a list of things to take photos of and give them a time limit. Let parents know ahead of time that the kids will need use of a digital camera (most likely a phone). The list can contain things like…

Then have the virtual campers send them to you so you can share them with everyone else. You could make it a competition as well where they get points for submitting each photo and you pick the best ones for additional points.

2. Around Camp – If you are at camp you can take pictures of different places around the site. Make it difficult by taking close-ups and photos of obscure items in that area. The kids can guess where it’s at by typing it into the chat.

Who Can It Be?

Have your virtual campers message you an interesting fact about themselves or something interesting they have done. Read one of the facts and have everyone write their guess in the chat as to who they think the fact is about. Go through each one. Play for fun or keep score.

At camp, a Dutch Auction is a special event where cabin groups bring a pillowcase full of random things from their cabin to the dining hall or wherever the event will take place. The “auctioneer” shouts out an item and the groups search for that item in their bags or an item they think they can make an argument for (for example, you could argue a sock can also be a blindfold).

Give your virtual campers 5 minutes to gather as many things as they can from their room and put it in a pillowcase. Then have them bring it back. Now start your Dutch Auction.

Find a staff person who can lead yoga. Have them create a story and use yoga poses as part of that story. If you can add some music and sound effects, all the better. Cosmic Kids Yoga is a perfect example of yoga storytelling for kids.

Ah, Mad Libs. Did you used to play? I loved asking my friends for nouns, adjectives, verbs and adverbs, even though I constantly had to remind one of my friends what an adverb was. (I’m talking to you, Danny.) There are a few ways you can play Mad Libs with your virtual campers…

Learning to juggle is one of those skills that most people wish they knew. I was always in awe of people I knew who could do a basic three-ball juggle. Then I learned how to do it. Now I feel complete.

Seriously though, it is neat to know this skill and it doesn’t take much to learn. Once you learn how it’s done, you just have to practice. The best way I have found to start is with scarves, plastic bags or tissue paper. Once you have the moves and rhythm down it’s time to move to chainsaws…or plush balls…whatever.

You Don’t Know Jack used to be a pretty popular game in some circles back in the 90s. It was a party game that could be played on the computer or on one of the gaming consoles. I just recently found out that it’s still around. The folks at Jackbox Games just kept rolling with the times.

Now they have a bunch of games that can be played online. In fact, you can play with your virtual campers using Zoom and their own devices. Here’s an article on how to play remotely. And below is a video on how to set up Zoom to play.

Make a Dream Board

Have you ever made a dream board or vision board? Basically, you think about what you want to achieve in the next 5 years (degree, house, dream job, specific skills, visit Europe, closer relationship with sister, etc.). Then you grab a bunch of magazines and cut out pictures that represent your goals and dreams. You could also, print out images off the computer. After that, you paste all the images onto a poster board. And finally, you hang the poster board up in your room. This is a great activity for your teens and your staff.

Thanks to Jennifer Ryan Knejfl for this idea. Have the kids build their own robots using materials around the house (get digging into that recycling bin). The kids can post their robots on social media and you could hold a contest for the most creative, cutest, scariest, Star Wars-ish, etc.

Who says you can’t hold a virtual color war? If you can get enough virtual campers to make at least two teams, you can run a color war.

Divide your campers into two teams. Send them off to their own breakout rooms on Zoom. There they can come up with their team name, team cheer, and strategize.

Over the course of the week award points for…

At the end of the week announce the winner and have a virtual ceremony.

One of the things that many, if not most, overnight camps do is a morning flag raising and announcements time before breakfast and outside of the dining hall. Continue this tradition each morning during the summer. Whatever you normally do at camp, do it live online. This can be streamed on Facebook, Instagram, YouTube, Twitch, Zoom, etc.

If you are normally wild and zany during announcements, don’t change. It’s awkward to be all energetic and silly in front of a camera as opposed to feeding off the energy of campers and staff right in front of you, but desperate times call for desperate measures. If you normally sing a song during this time, sing a song. You get the idea.

The art of paper folding is one that is perfect for an online activity. Every kid has paper, and that’s all they need. It does take some patience to do Origami, so if all else fails, use the paper to make Cootie Catchers.

I really like the idea of holding a talent show. As always, I suggest a challenge by choice approach. Some kids won’t want to participate in a talent show, but they will all want to watch.

You can do a live talent show and bring the kids on-screen one at a time, but I think I prefer having them record their talent and sending it to me ahead of time. Then I can edit them all together and plan a talent show date and time so everyone can watch.

I’m not talking about card games like Hearts or Uno, I mean card games like Yu-Gi-Oh and Magic. Lots of kids are still playing these games and they are looking for a way to play with others online right now.

They will need to have a way to set up their webcam or phone so that it points down to the area in front of them so that all the players can see the cards everyone else are playing. Once that is set up, run games like normal. Since these games have been around so long, I am sure someone on your staff knows how to play.

Your past campers are going to be so sad if they can’t come to camp this summer. To help with that, take them on a tour of camp. This will trigger wonderful memories of previous summers and get them excited for future camp opportunities.

Take your camera around camp and show them plans you have for new programs, improvements you’re making, behind the scenes areas they never get to see, any animals you have on site, how all the gear is stored for the winter, etc.

Have your virtual campers grab paper and pencils and lead them in a drawing class. Together you can learn how to draw a Disney character or other cartoon character or object. There are a ton of tutorials online.

Practice drawing and leading the class before actually going live. Then have the instructions off-screen as you teach your campers how to draw your chosen subject. 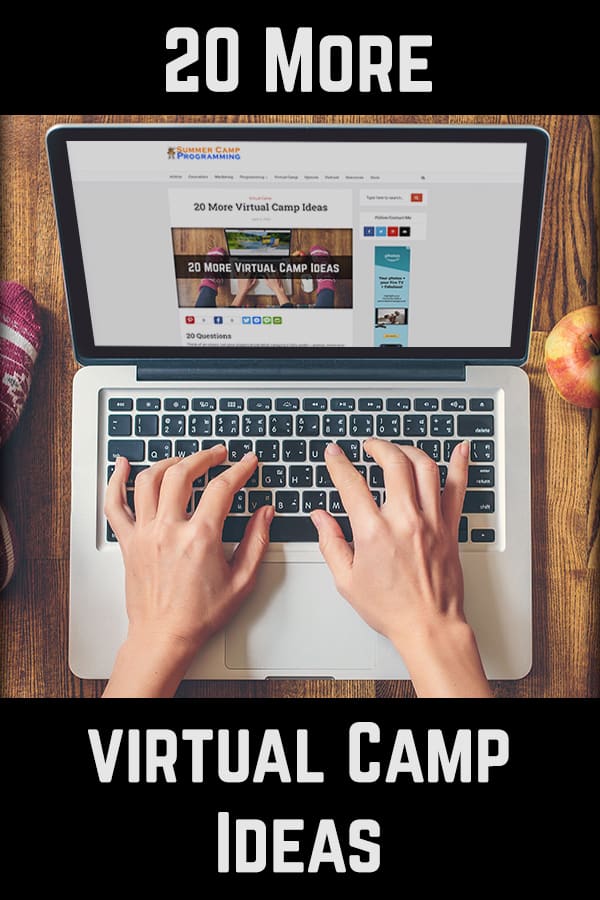 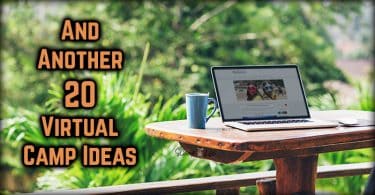 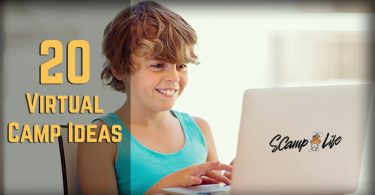 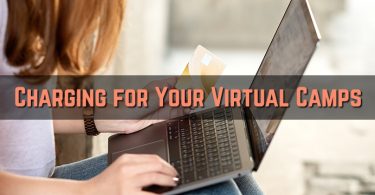 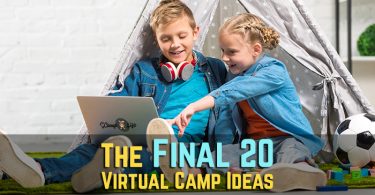